How to reach Udaipur from Delhi by Road! A quick guide for road trippers!

The crown jewel of the state of Rajasthan, Udaipur, is set around a series of artificial lakes. Known for its lavish royal residences overlooking places like Lake Pichola, Udaipur is a prime location to relax in during any weekend of your choosing.

Here’s all you need to know about traveling from Delhi to Udaipur by road.

The trip takes around 12-13 hours to reach by road, which includes car or bus. The route usually taken by travellers is Delhi – Gurgaon – Jaipur – Nasirabad – Bhilwara – Chittorgarh – Udaipur, and the distance covered is about 685 km via NH48 and NH58. One can also go via Ajmer, but that would be a slower route due to uneven terrain. So the other option would be Delhi – Jaipur – Ajmer – Beawar – Nathdwara – Udaipur.

The total toll charges from Delhi to Udaipur one-way come at around Rs 800, with 13 toll plazas between them.

Driving for 13 hours in one go is definitely not optimal, so if you’re planning on taking the trip, it is advisable to plan at least two to three breaks in the middle for meal and chai stops. Between Delhi and Jaipur, the famous Old Rao Hotel makes for a great chaat and choley bhature stop.  After Jaipur, while the number of Dhabas and eateries lessen, there are a lot of small resorts like Pink Pearl Resort and Kanchan Kesari for one to rest at. Between Jaipur and Ajmer, there are a few more restaurants and resorts along with two McDonald’s outlets. You can check some finest dhabas with hygienic washrooms and quality food here.

Ajmer makes for a particularly great place to rest overnight- there is a crop of hotels, including Ramada Hotel, Sushant City, as well as The Hallimax Club and Resort to stop at.

After Ajmer, there are Dhabas, tea points, and small restaurants dotted along the highway- Ashoka Hotel as well as Zaildar Punjabi Hotel around Shivpura are two of them.

Wading into Rajasthan means that you have the option to explore major cities that come up along the way to Udaipur. Jaipur, Ajmer, Pushkar, Nathdwara and Rajasamand are a few cities you can visit. 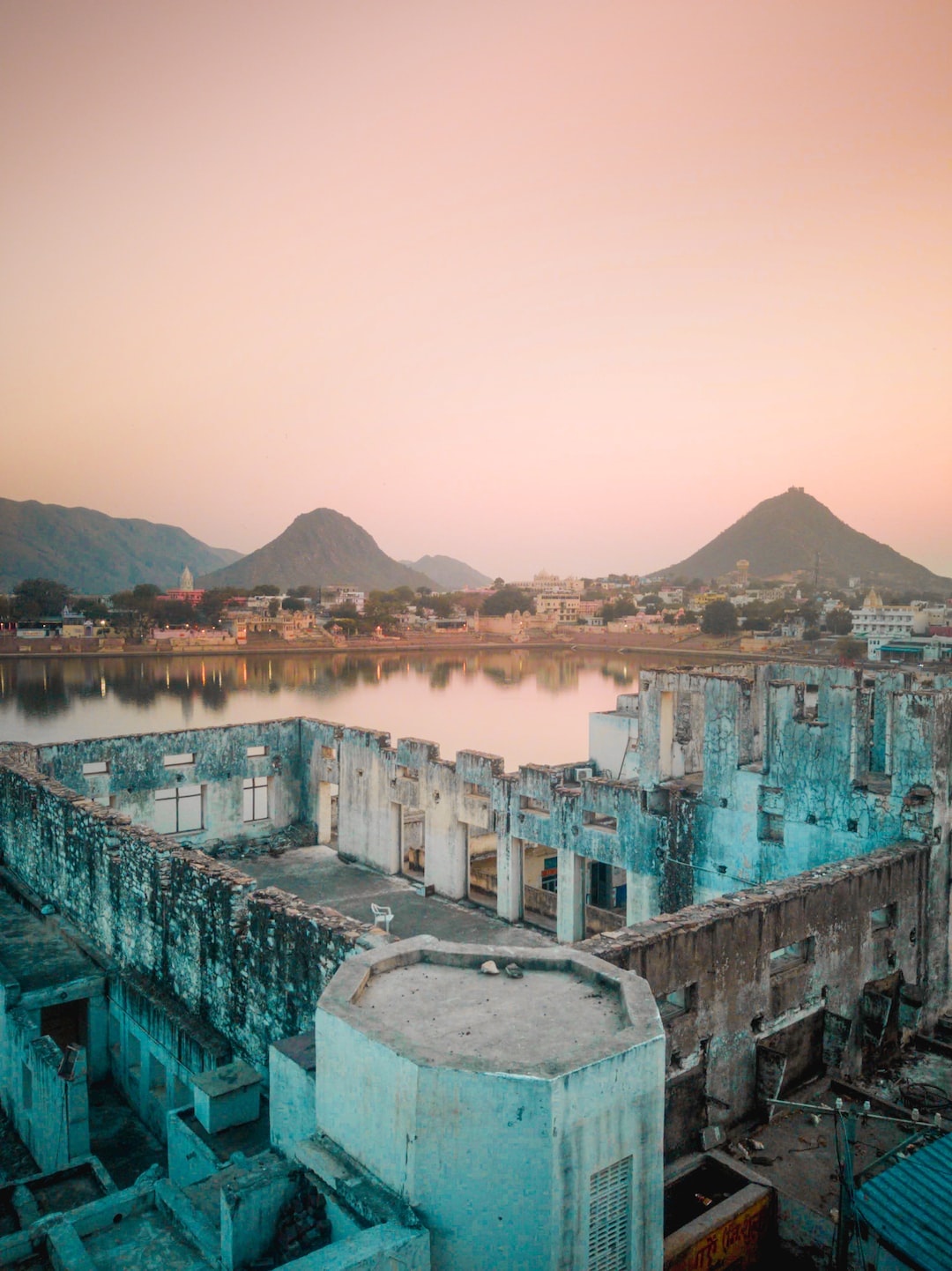 Image by Prateek Keshari on Unsplash

After a good Rajasthani meal in Jaipur, you can visit the forts, food stalls, and can even catch folk performances. On your way to Pushkar, you can pay a visit to the Ajmer Sharif Dargah as well as the Khwaja Garib Nawaz Dargah. Pushkar city is set on Pushkar Lake with 52 ghats where pilgrims bathe. The town has hundreds of temples including 14th-century Jagatpita Brahma Mandir, dedicated to the god of creation, and Rangji Temple. Nathdwara is in the Rajasamand district, and is around 48 kms north-east of Udaipur, and is known for its temples and parks as well as pichwai paintings and handmade terracotta. In Rajasamand, one can visit Rajasamand Lake, Haldi Ghati, and Kumbhalgarh Wildlife Sanctuary.

There is a bunch of local foods that is common to all the major cities in Rajasthan, and for anyone visiting, as a must-try: Ker Sangri, Dal Baati Choorma, Ghewar, milk sweets and different kinds of Kachoris.

One thing to keep in mind: If you are taking the route that involves Nathdwara, please avoid the route from Bali to Nathdwara during the evening.

All trademarks are properties of their respective owners. All Rights Reserved.
Soul Wheels Private Limited